Korea is a nation that boasts a fast growing economy and a lifestyle that perfectly combines the old and the new. Once known as "the Land of the Morning Calm", the peninsula now hardly rests, pulsating with life and commerce. In particular, Korea has a very advanced and modern infrastructure and is a world leader in information technology such as electronics, telecommunications, semiconductors, LCD displays, computers, cell phones and high-tech gadgets, led by global companies such as Samsung and LG. It is also home to such world famous car companies as Hyundai and Kia, which help to make the country one of the world's top five automobile manufacturers. Indeed, Korea is a major global economic power and it has been one of the most successful and fastest growing economies in the world since the 1960s, now 13th largest in the world. Korea also plays a key role in international trade as years of rapid economic development propelled the country into becoming the world's seventh largest trading nation. It is also the world's largest shipbuilding nation and the world's third largest steel producing country.

In addition, many global events have been taken place here including the 2012 Seoul Nuclear Security Summit, the G20 Seoul Summit 2010, the APEC Summit 2005, the 2020 FIFA Football World Cup, and the 1988 Seoul Olympic Games, while the city of Pyeongchang will host the 2018 Winter Olympics.

Despite all such enthusiasm for modernization and globalization, Koreans still greatly value their 5,000 years of history and beautiful nature, making their country an attractive destination for business travelers and vacationers alike. Meanwhile, the "Korean Wave", also known as "Hallyu" is taking the world by storm as Korean pop culture has been greatly gaining its popularity overseas. Amidst the Korean Wave, famous spots that appeared in Korean dramas and movies attract foreign visitors all year around. Korea's long heritage and inspiring scenery impress all visitors with uniqueness and charm. Please visit Korea and discover the many wonders Korea has to offer. 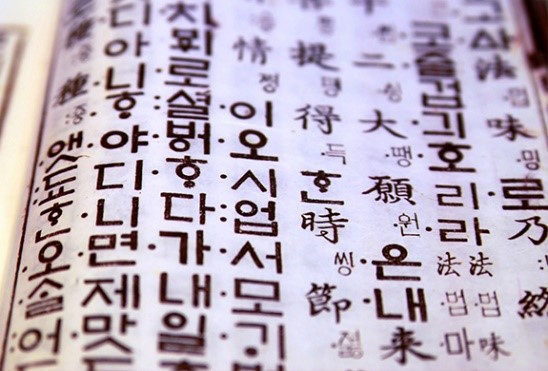 Hangeul was invented by King Sejong in 1446 with assistance from some scholars to give the people an alphabet that was easy to read and write. Throughout the world, there are some 3,000 spoken languages but roughly only 100 alphabets. Among these, only hangeul was systematically invented without influence from any other languages. Hangeul is a very scientific alphabet and is designated by UNESCO as an important part of the Memory of the World Heritage. As a result of the Korean Wave and Korea’s economic prosperity, desire to learn hangeul is exploding. 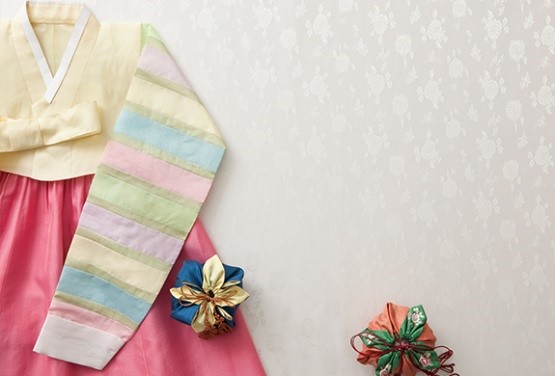 Hanbok is the traditional attire of the Korean people. Worn daily up until just 100 years ago, these days it is only worn on festive occasions or special anniversaries. It is a formal dress and most Koreans keep a hanbok for special times in their life. While the traditional hanbok was beautiful in its own right, the design has changed slowly but surely over the generations. The core of hanbok is its graceful shape and vibrant colors, which have had a major impact on the modern fashion industry. It is hard to think of hanbok as everyday wear but it is slowly being revolutionized through the changing of fabrics, colors and features, reflecting the public's desires. Many aspiring hanbok designers have altered hanbok for everyday wear with traditional elements at the basis of the garment but having a distinct modern feel. 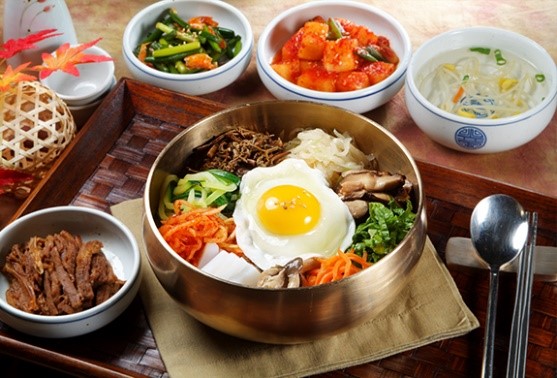 Hansik refers to traditional Korean food, as well as the manners and rules required in serving them beautifully. What makes Korean food culture different from the rest of the world is mainly the representation of diverse side dishes, served alongside a simple bowl of rice or subtitutory stable food. This composition of rice and various complementary ingredients makes a highly balanced meal, providing all the many nutrients that the average person requires in a day, thus adding one more reason to enjoy hansik daily for your healthy diet! 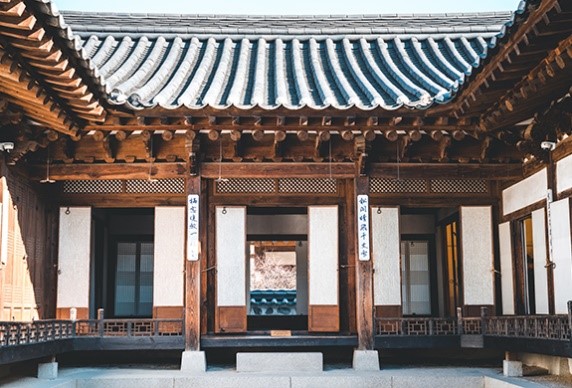 Hanok refers to houses built in the traditional Korean style. While tile-roofed and thatch-roofed hanoks were equally common in the past, these days hanok generally refers to tile-roofed houses. There are two main charms to hanoks. The first is the unique heating system of 'ondol.' When hanoks are built, a layer of stone is laid down above the foundation. The heat from the kitchen fire runs through this open space, warming the stone above. This heat spreads up into every room throughout the house, keeping both the floor and the air surprisingly warm in winter. The second attractive point to hanok houses is that they are environmentally-friendly. The materials needed to build a hanok house can be obtained directly from nature. The columns, rafters, doors, windows, and floor are wooden, while the walls are a mixture of straw and dirt. The paper to cover the doors and windows was made from tree pulp. Because the building materials are all natural, hanok houses have excellent breathability, perfect for escaping the summer heat. This is also said to help in the treatment of atopic dermatitis and other modern skin diseases. 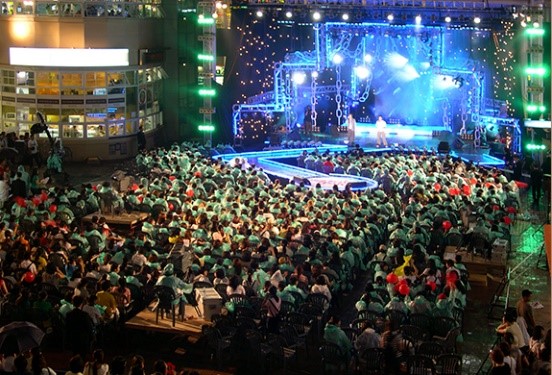 The Korean Wave, also known as Hallyu, is based on many different aspects of South Korean culture, such as: popular music, or "K-Pop"; dramas, or "K-Dramas"; language; animated comics, films; and cuisine. Although individual aspects of the Korean Wave are interconnected with each other, K-pop in particular has stood out in recent years to become the most notable aspect of all. It had played a significant role alongside the spread of the Wave, and is generally regarded as the gateway to Korean culture.

> Currency exchange
Foreign banknotes can be exchanged at most banks and other authorized moneychangers.

Visa, and MasterCard are accepted at almost all retail outlets, but Diners Club and American Express may only be accepted at major hotels, shops and restaurants in the larger cities. Check with your credit card company for details on merchant acceptance and other available services.

Outlets for 220 Volts/60Hz are mostly used in Korea. In order to convert the power into 110 volts please contact the hotel housekeeping and current transformer will be available.

Korea is 9 hours ahead of Greenwich Mean Time (GMT +9) and does not observe daylight savings time.
http://www.worldtimeserver.com/time_converter.aspx

Tipping is not regularly practiced in Korea. Service charges are often included in the bill for rooms, meals, and other services at hotels and upscale restaurants.

Upon request, visitors can receive VAT refunds of about 10 percent for purchases at "Duty Free Shopping" outlets. Goods must be taken out of Korea within three months of purchase to be eligible for a tax refund. Only foreign tourists in Korea can apply for this tax refund. Visitors can receive refund on receipts with a minimum purchase amount of KRW 50,000 (around US$ 50). To receive this refundable, present refund receipts together with the purchased goods at the customs desk at the airport on your day of departure. These receipts can be cashed in at the Cash Refund Office in front of the Airport Duty Free Shop.

Korea is 9 hours ahead of Greenwich Mean Time (GMT +9) and does not observe daylight savings time.
http://www.worldtimeserver.com/time_converter.aspx